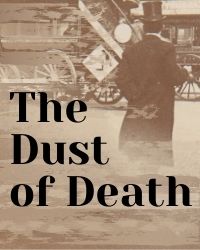 The Dust of Death

An original audio play adapted by Neil Brookshire from “The Dust of Death: The Story of the Great Plague of the Twentieth Century” by Fred Merrick White.

Death looms over London. A lethal plague is spreading from person to person, causing turmoil and havoc. Adapted from one of the most frighting and aptivating science-fiction novels of the early 20th Century. Can Dr. Label and Dr. Hubert find the source and treatment of the plague before all of London is wiped-out?

Buy To This Event Directions